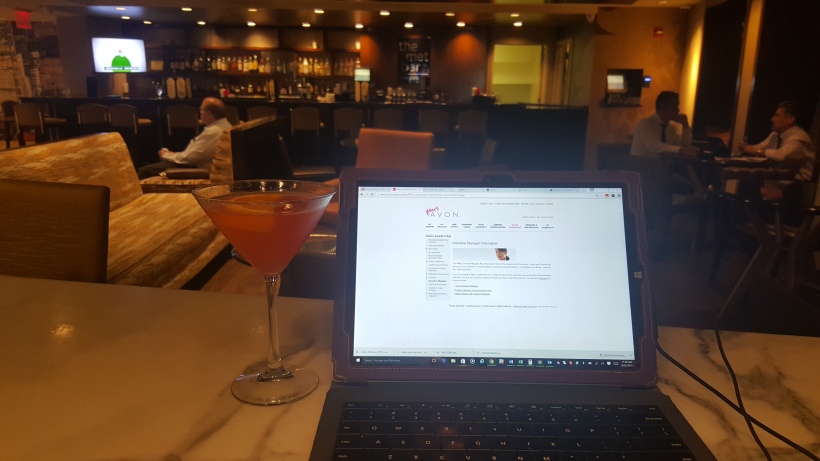 To listen to this blog: Are You Led by Fear or Determination?

Disclaimer: Once again, I’m writing this blog from my iPhone 7 Plus. In no way is this a promo or endorsement for Apple. I am and will always be a diehard fan of the Samsung Note 7, even in a fire 🔥. My purpose is to show you how much you can really do without inconveniencing yourself. My purpose is to show you that if you really want success, you can make it happen. More importantly, don’t feel limited by your current situation, especially when it’s not your final destination.

I didn’t feel like mustering up the energy to reach over for my tablet. Yes, poor me *heavily laced with sarcasm* However, I’ve been having this thought in my head for quite some time and decided to capture it before it’s gone.

I’ve said this before and I’ll say it again —one thing that I didn’t expect from my Avon business was learning more about myself. I learned not only about my reactions, how I handle different situations, but how I prepare myself. I found out a lot about my thinking process. I learned not only of my desires but my fears which would in turn, control my actions.

One of my biggest challenges and a challenge that I’ve noticed with other reps is the fear of letting everyone down (ourselves included) and even the fear of success. As employees, we can only reach so high before we hit the ceiling. As entrepreneurs, we put a lot of stress on ourselves believing we have to reach that ceiling by a certain deadline — forgetting one simple principle: no one is perfect.

Understand the steps that you take now are for later.

Our fears show even when we’re doing our best to control them because our actions are led by our fears. When I joined Avon in 2015, I didn’t want any success or at least that’s what I had convinced myself. Keep in mind, I am somewhat of a perfectionist. Being mediocre was never an option for me. So when you reread that last segment, scratch your head at the thought of a perfectionist not wanting to be successful. The mind is incredible.

The fear of letting myself down.

I had convinced myself that Avon would just be a fun way to get out of house on weekends. This was the “safe” goal. No major commitment so if I failed, I wouldn’t be the laughing stock at the next family reunion. I could easily chuck it up to being a hobby so no major loss. Even the way I grew my business was for that of failure — by telling no one. I didn’t tell family, friends or anyone else. Even when I first introduced the idea to one of my co-workers, I was very cautious and nonchalant. I didn’t want to be one of the people super excited about a business only to fail. A lot of people do not want to feel as though they’ve let themselves down.

The fear of letting others down.

Just like the unrealistic goals and deadlines, we also have unrealistic expectations for our customer relations. We want everything to be perfect. If it isn’t, it won’t work. If I’m in a position to help others or even lighten their day with laughter, I’ll do it. When things don’t go as planned, I immediately shut down and become discouraged. Examples of when things go wrong: long delivery times, backorder (shortage), wrong item shipped, wrong size, etc. You can’t imagine my heartbreak when I feel as though I’m breaking someone  else’s heart, not realizing they are humans as well. There’s been times when I’ve delayed breaking  the bad news to them in fear of letting them down and they just throw their hands in the air and say “no problem, just let me know when it’s in.”

Most frequently asked question: what if no one wants to buy from me?

The most simple answer: you’ll never know if you don’t ask.

As I was growing my business, I constantly worried if anyone would respect a younger Avon lady.

The fear of success.

The fear of success has a weird way of combining all fears. If you’ve conquered the fears of letting people down (yourself included), the real challenge is starting. As you grow your Avon business, you grow brand recognition, followers/fans and even those who would love to be assisted by you. You then begin to feel the stress of “what if I let them down”, or “what if I’m wrong” or even the simple feeling of being unqualified.

As my business grew, I asked myself: do I even want to be known as the Avon lady?

I never met younger Avon ladies until just recently. It was always my impression that all Avon ladies came with experience, knowledge and wisdom — forgetting they had to start somewhere.

With more recognition and praise from customers and Avon, my name easily became the center of attention. With more recognition, my brand grew and at in incredibly fast pace. It seemed even if I wanted to slow down, I couldn’t. Because I felt powerless, I wanted to slow down just to prove to myself that I am still in control. Note: I never said this was the correct way of thinking.

I may not be an Avon millionaire but in a year’s  time, I’m already halfway through Avon’s Advanced Leadership Program and a President’s Club member (for sales).

It’s not to shame other Avon representatives, but in the Avon world, it’s a major accomplishment. I had Avon representatives from across the country reach out when I made the national list for top 18  recruiters. Some wanted to congratulate me and some wanted tips on how I recruit. I immediately felt the pressure again.

Do I want this type of attention? How can I lead someone if I barely know what I’m doing?

Looking back on my last two questions, I  was at my lowest point. I always valued myself lower and all of the recognition/praise only made me doubt myself more and through me into hyperdrive. I felt as though they were paying into an illusion and there was no way I could ever live up to their expectations.

I fooled myself into believing that value and worth only came with tenure. I slowed my Avon business down because I feared it was moving too fast for me. I think people may call this an Avon mental breakdown. I feared so much. I feared things that were beyond my control and that fear caused me to lose self control.

I negated all of those heavy steps that I had taken in the beginning while chasing the glass ceiling. I’m not sure if other Avon reps hit this point but if you did/do, please let me know. I’ll pray for you and recovery.

Even while taking a step back, I continued to receive a steady paycheck from Avon then it hit me. Aren’t my checks supposed to be more by now? What happened?

I had to take a step back to understand what slowed down my progress — it was me. Nothing changed but me, my thought process, forgetting my motivation and ambition, creating doubt where one never existed and never fully objectively looking at my progress. I ran fast and hard, I crashed and burn. I let myself talk myself out of success.

If you are going through anything similar, understand that you don’t have to continue spiraling downward. You can pick up where you left off.

Once you can rid yourself of fear, you are already on your way to success. Believing you can do it is already half of the battle. Now the next step is to do it.

As I’m reminded of my struggles but more importantly my goal, I work even harder to make this dream become reality. I had to realize that nothing in life is perfect and that as long as I can help others by sharing what I’ve learned in my journey, we are already doing better than our predecessors. As a mentor, that’s what I can do. I don’t have to be perfect but being open, honest and reliable has helped open doors so that my team and I continue to grow.

Now that you’ve finished this blog, I ask: what’s holding you back? What’s the worst that can happen if you are actually successful?